Almost wasn't going to post an update but I realised I shouldn't be too precious with my updates so I decided to go ahead anyway.

Most of the feedback had been about how new the concrete was around the gas station compared with everywhere else. As much as I knew that and was mainly focusing on other areas first, I realised I should prioritise it more because it was becoming too distracting as well as the fact it would make the biggest visual difference at the moment.

So the main changes I made with the concrete part was I made a vertex blend material with currently 4 layers (Base/Red/Green/Blue) It is currently set up as the base concrete, red as a grimey version of the concrete, green as a heavily cracked version of the concrete and finally blue as a wetness layer. it's all layered using a height blend with a mask texture. The wetness blue layer doesn't actually use any textures and simply darkens the base colour and darkens the roughness where ever it is painted but it works perfectly. Apart from that I added some grass to where the concrete is cracked to make it seem more overgrown. I actually used the grass I made for the shogun scene as there was no need redoing it. The grass isn't actually baked and I mainly threw it in at the moment so it isn't exactly perfect at the moment. 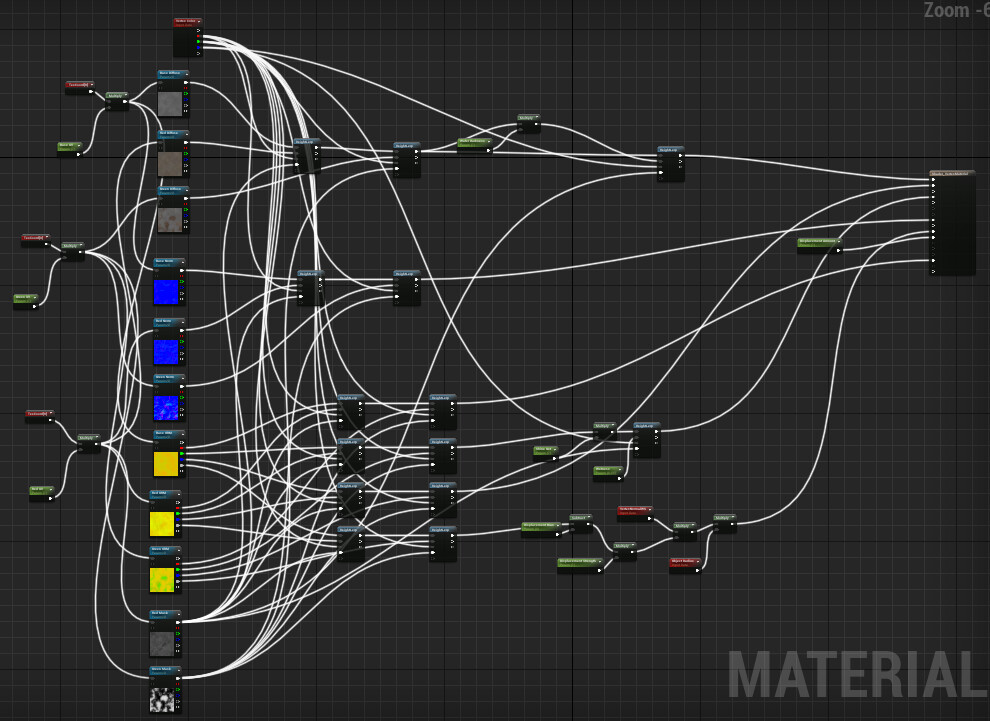 Sorry the picture is so small but I didn't exactly do anything that fancy (or neat haha) with it so I didn't think there was that much need to get into it. Let me know if you want a more indepth view of what I exactly did.

So onto the most important part, the pictures! 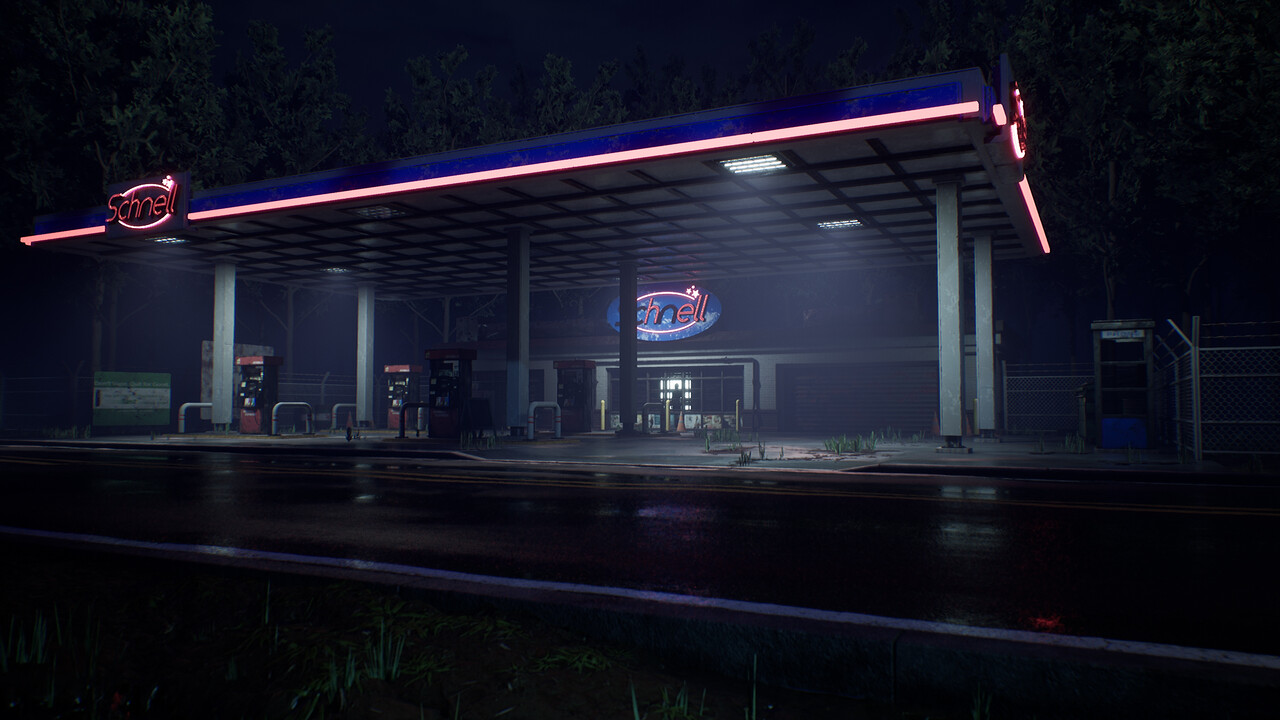 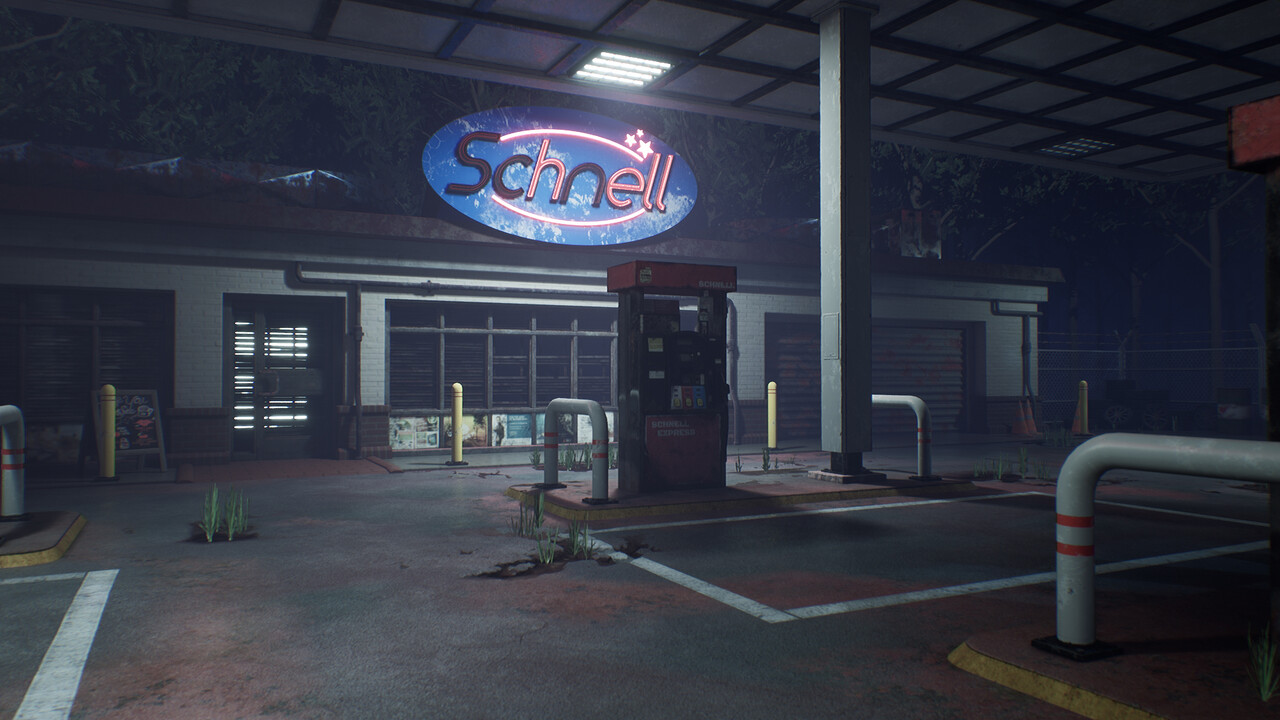 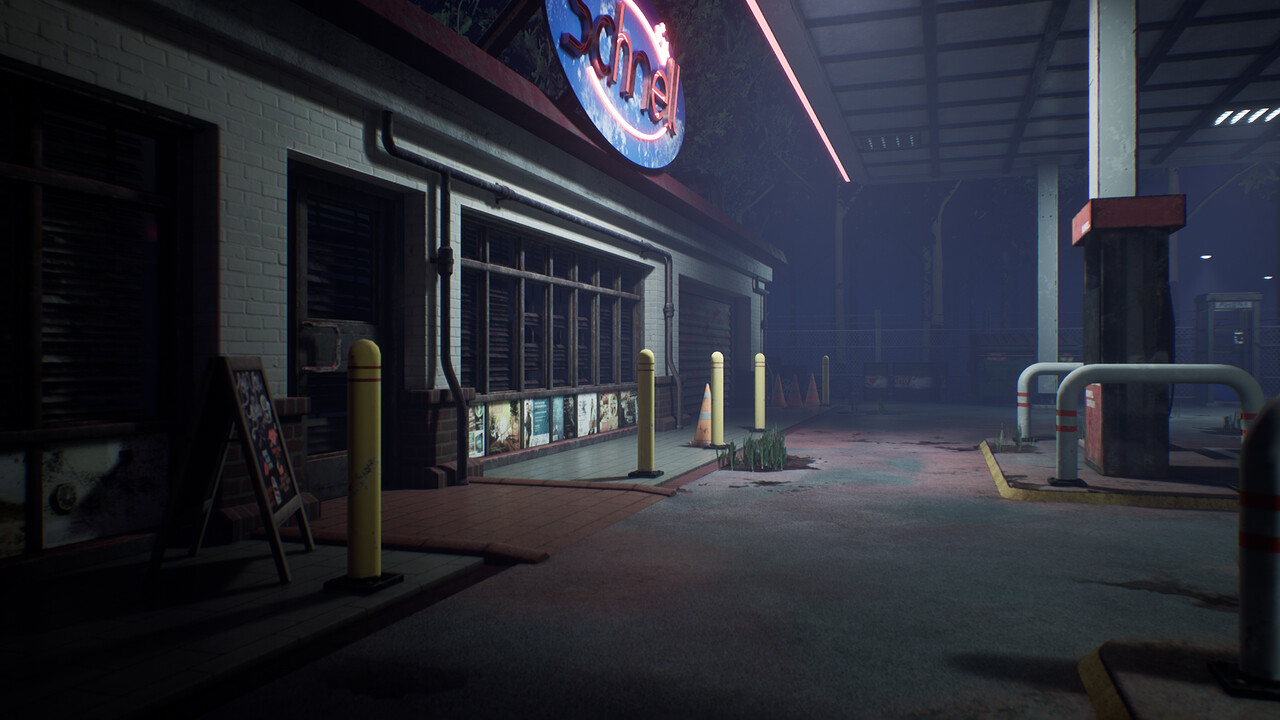 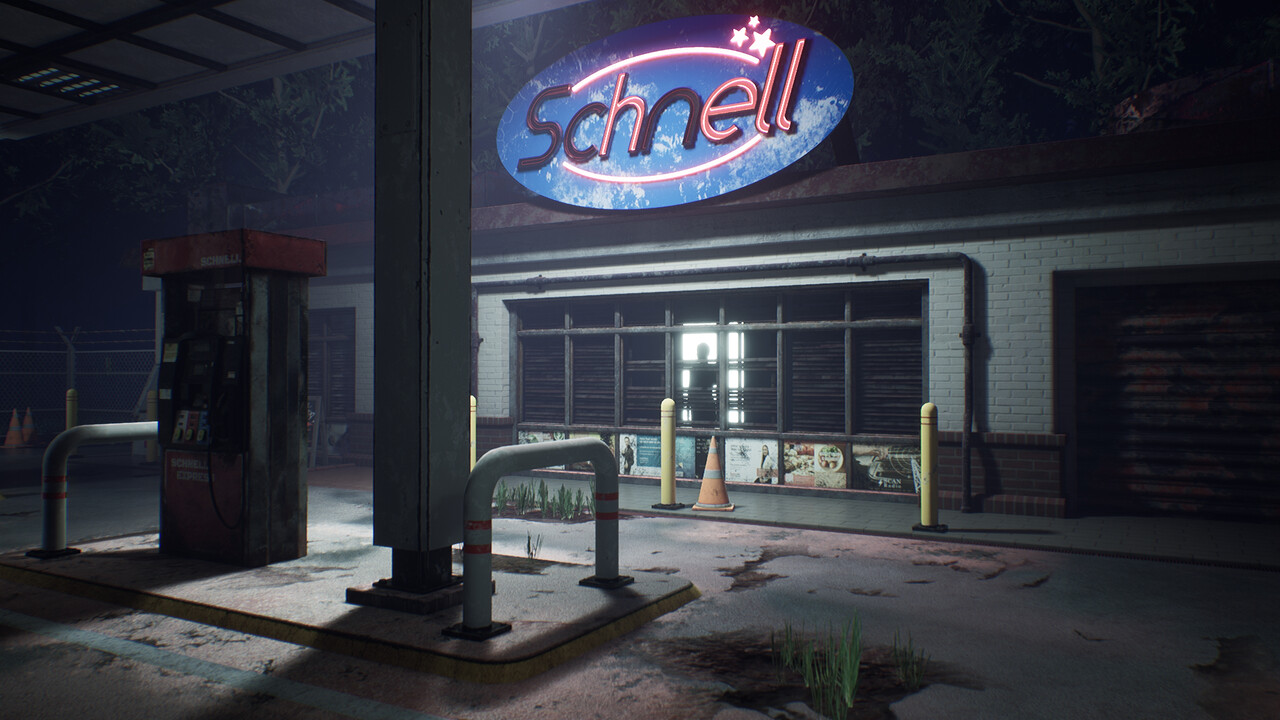 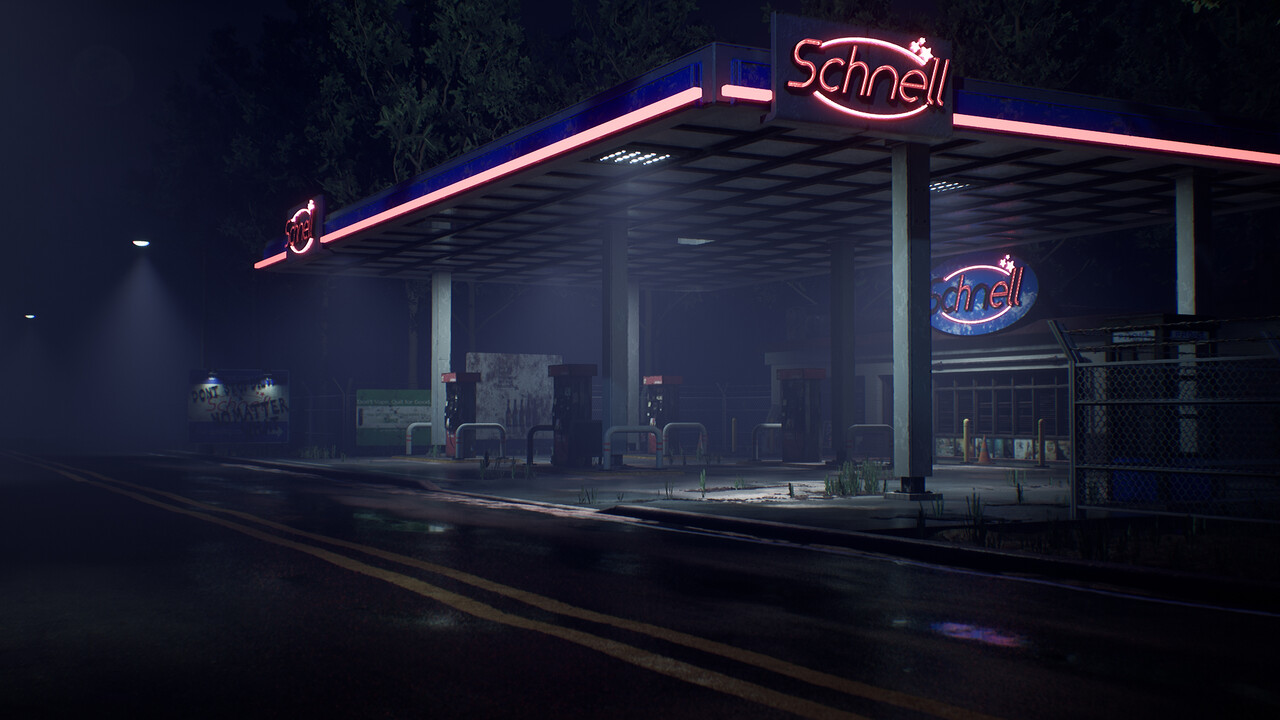 I think there is definitely still some work to do with it, I think the grime should be a bit more obvious I think and with a better coverage as well as baking/finalising the grass.

Let me know what you guys think and I hope to see you back again next time!