Another late one haha been so busy lately that it's basically turned into a blog every milestone but that's not too bad as long as they don't get too far apart.

Big differences this time are the fact that I played around a lot more with the post processing and lighting to create a better scary atmosphere. I am much happier with how the mood is coming along now. Apart from that I finished a gas pump to put in the scene. Took a bit longer then I planned but I wanted to use this as a chance to do a real detailed prop. 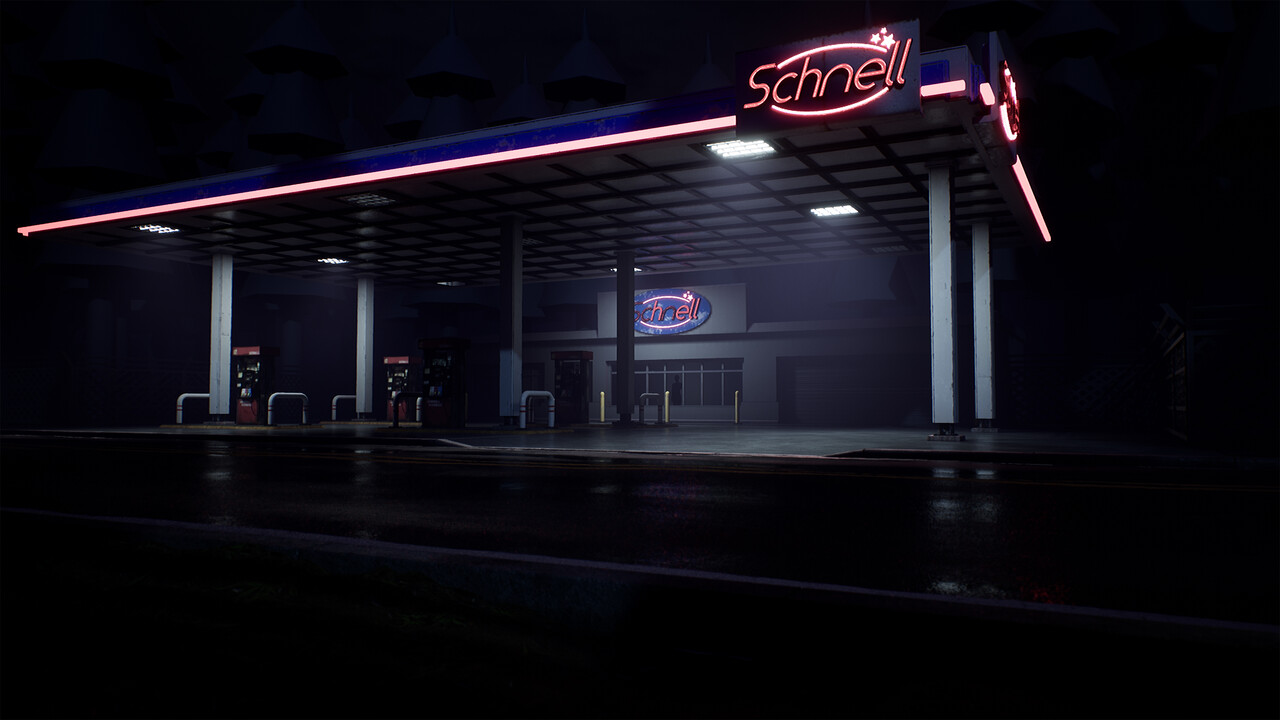 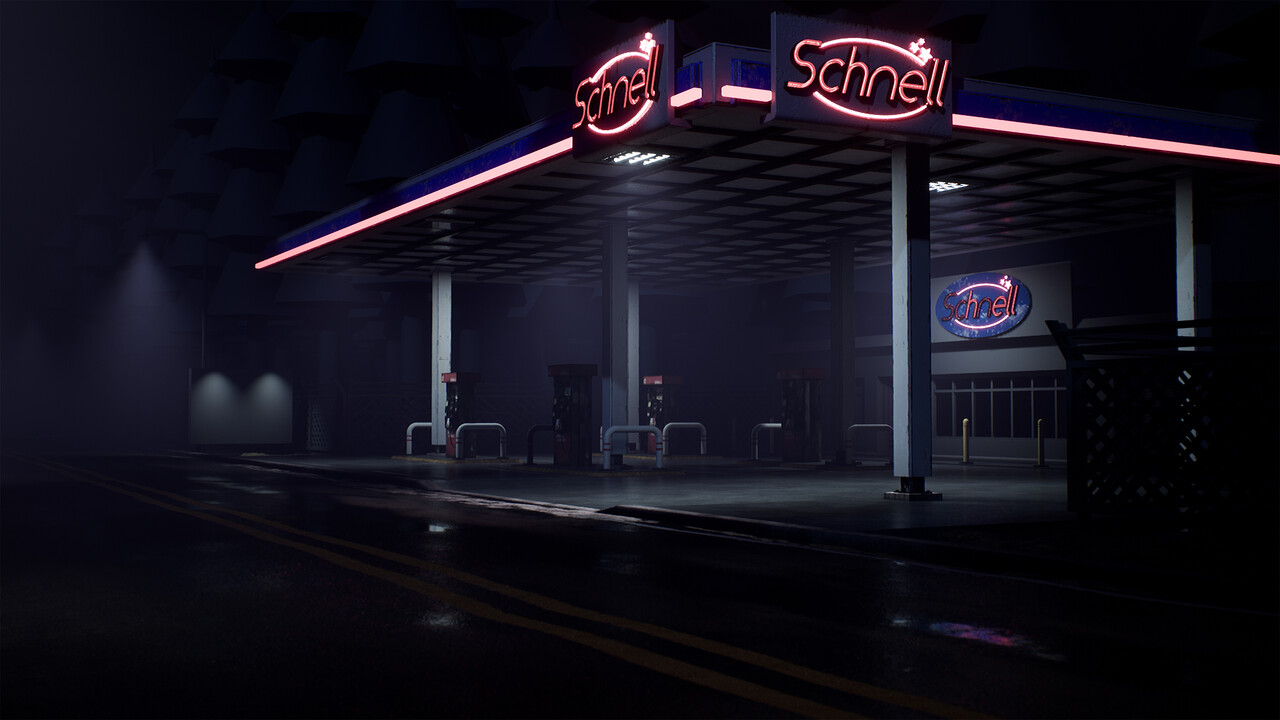 Here are some of the gas pumps in the scene: 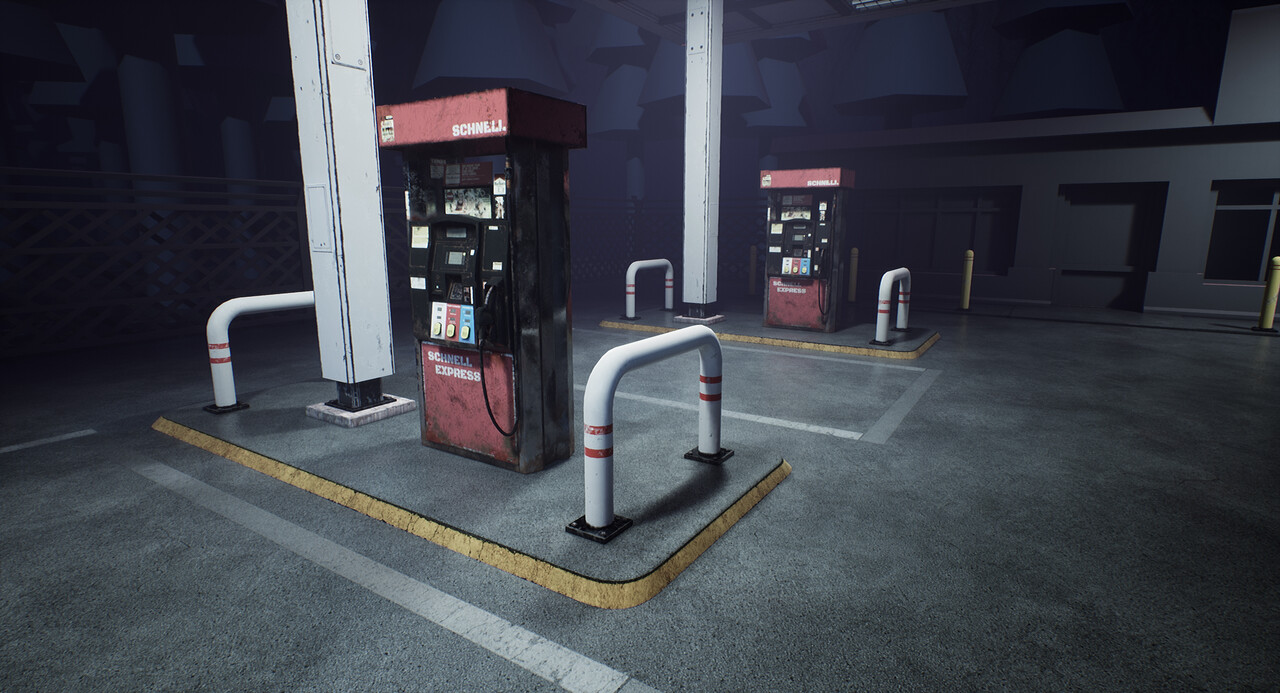 For the gas pumps I decided to go all in on substance painter, even though I could have easily made it with a trim and/or tiling textures but I wanted to take a chance to make a full detailed "hero" prop. It has definitely been fun and I have learnt a bunch of new painter techniques so worth it all around I think. It's very grimy and grungy but I did also want to stress through the prop that this is an abandoned gas station as well as it being rural, though hopefully I didn't go too far haha I have to say I have seen some ATM's and the like still in use, while not looking far off. It may look more grimey then its surroundings but worry not, I do plan to go in with decals and the like to grunge up the rest of it too more. 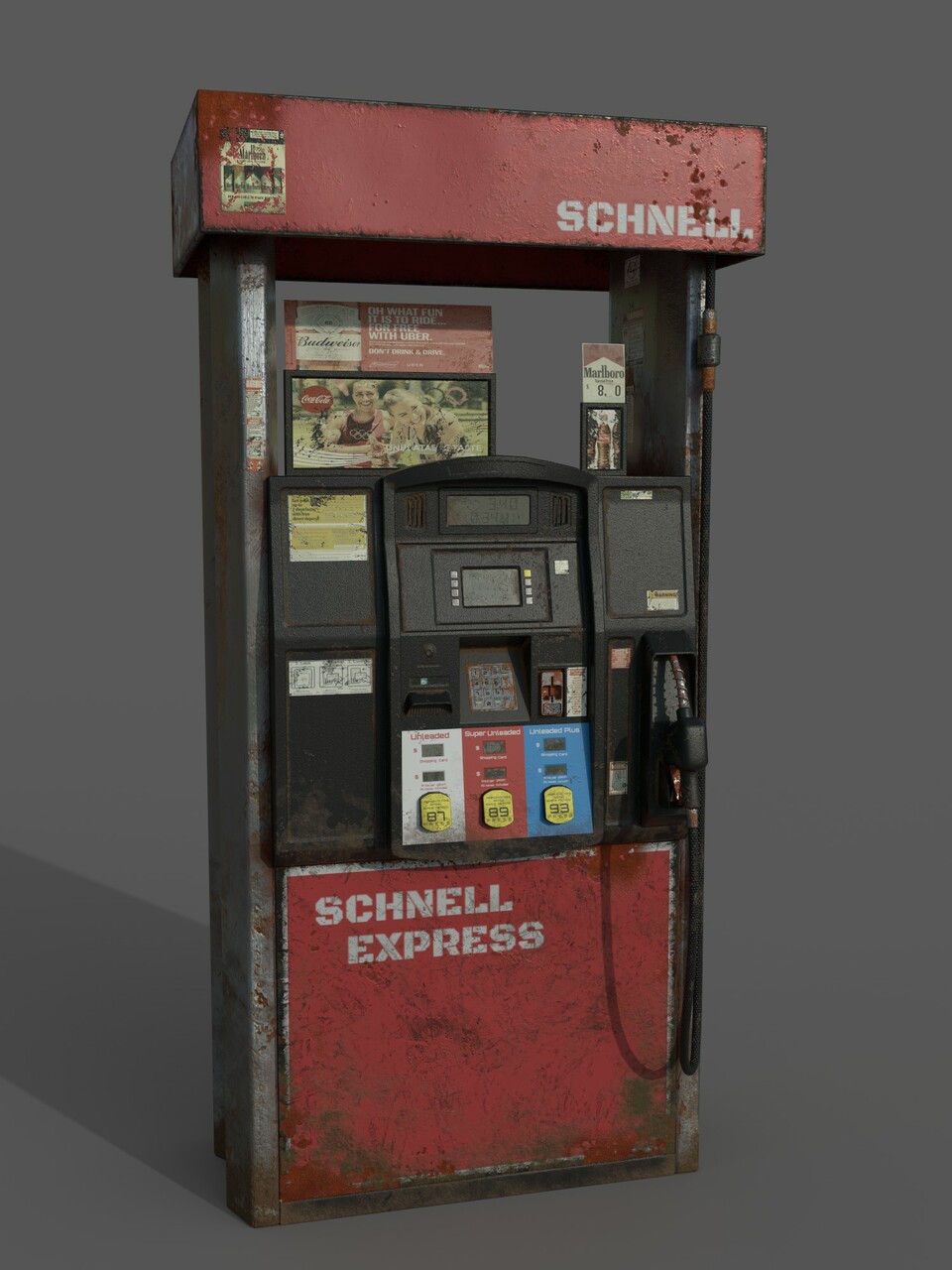 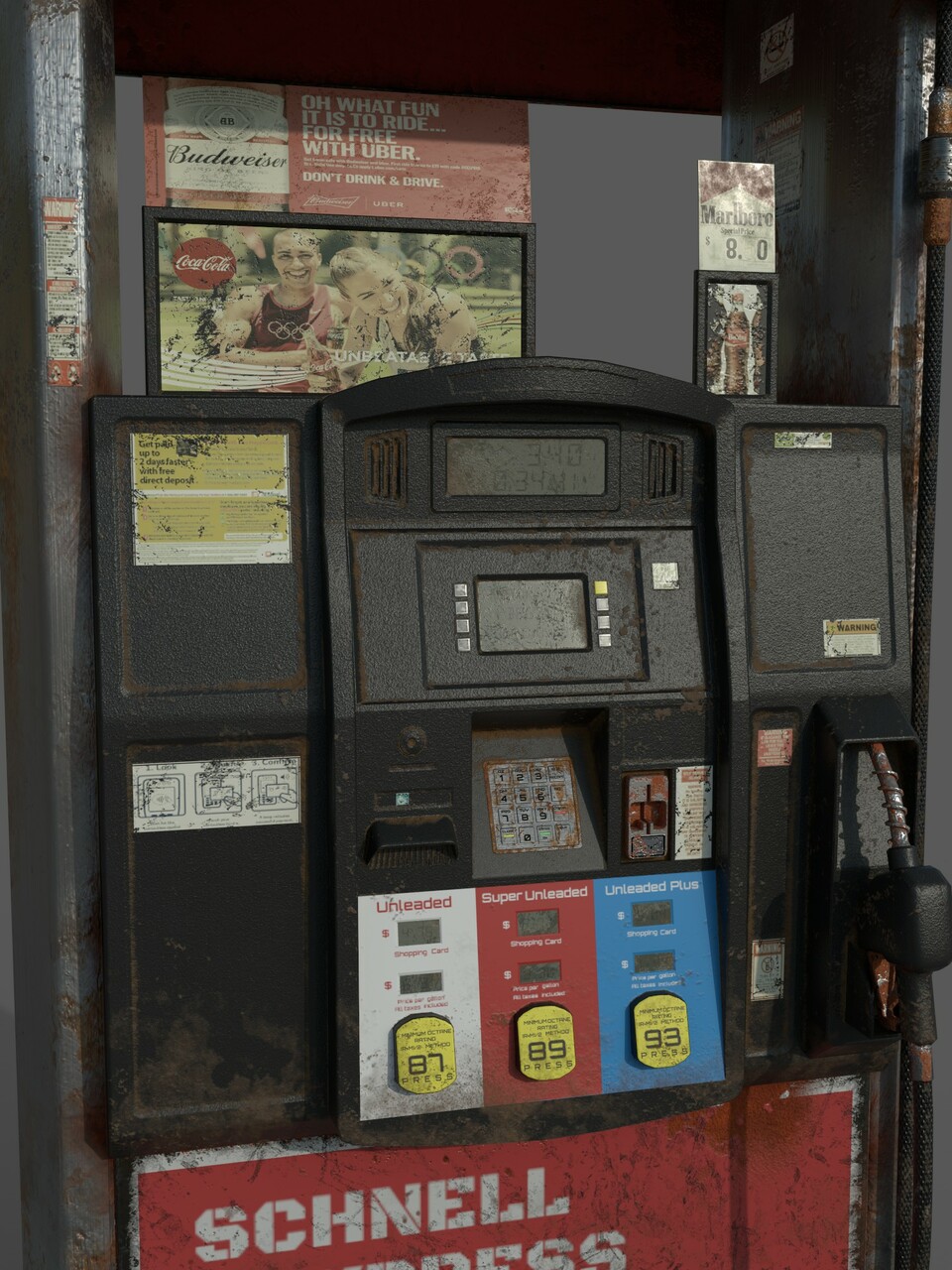 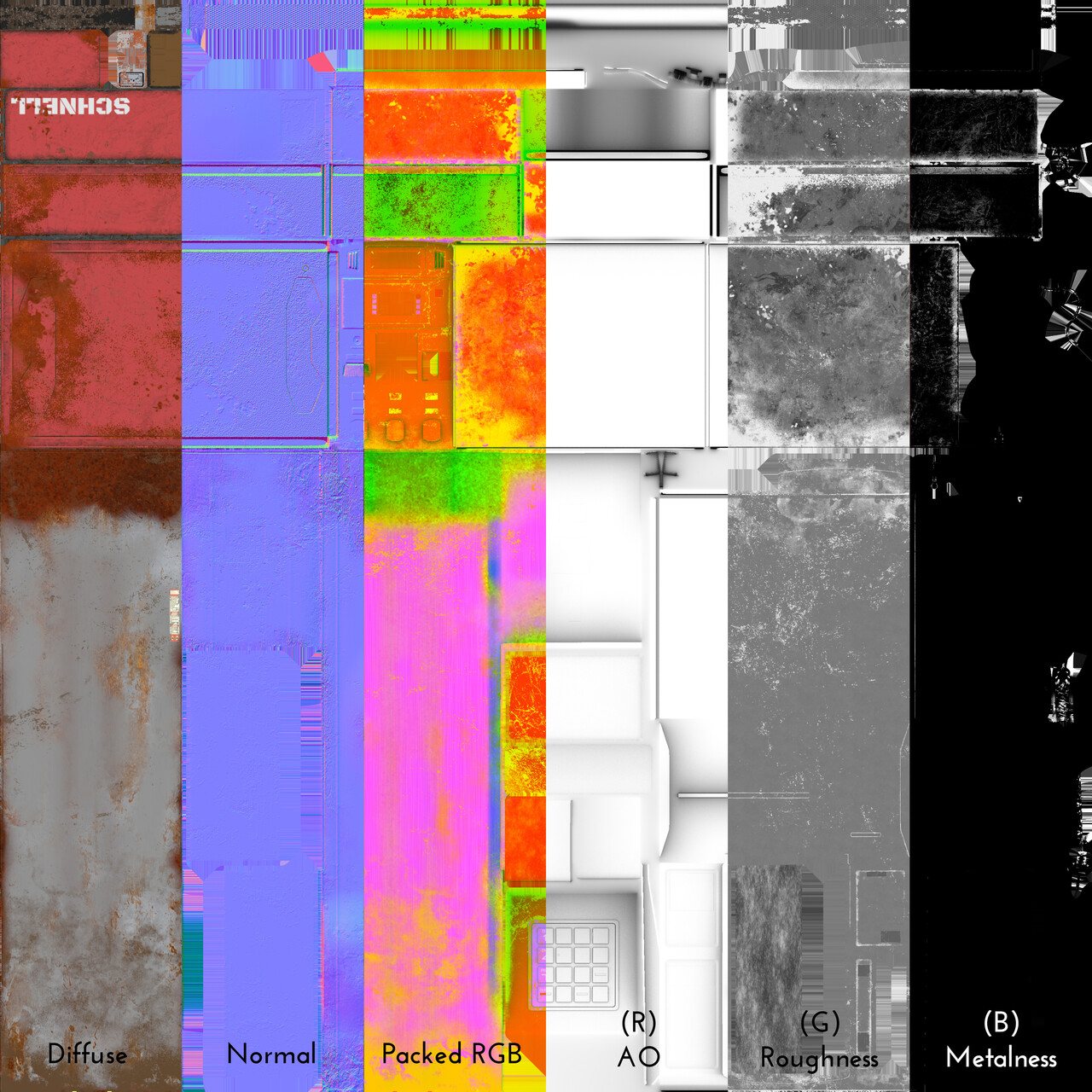 That's it for this update. Look forward to my next update including getting those darn tree's in the background fleshed out!

Let me know any comments or feedback. Look forward to seeing you all next time!