After a nice break after finishing the Shogun scene, I have started work on a new project! This time it is a moody and kinda creepy gas station out in the middle of nowhere. I would be lying if I said that this wasn't inspired by the recent Resident Evil 2 Remake opening, in fact I have opened up my copy and took a whole bunch of reference shots for my mood board. Despite this though, it definitely won't be just a remake of it, It's more reference for mood and general propping.

One of the things that I have realised in the past is that I haven't shown much of a breakdown of how I have done elements that I feel I should definitely start adding so expect that for the next update. I may go back and add a breakdown for previous projects too.

Now so far I have mainly just finished a blockmap for the scene, obviously note that nothing is in any way final, including lighting, camera angle and everything. I am happy with the general mood and layout so far so I'm looking forward to completing more. 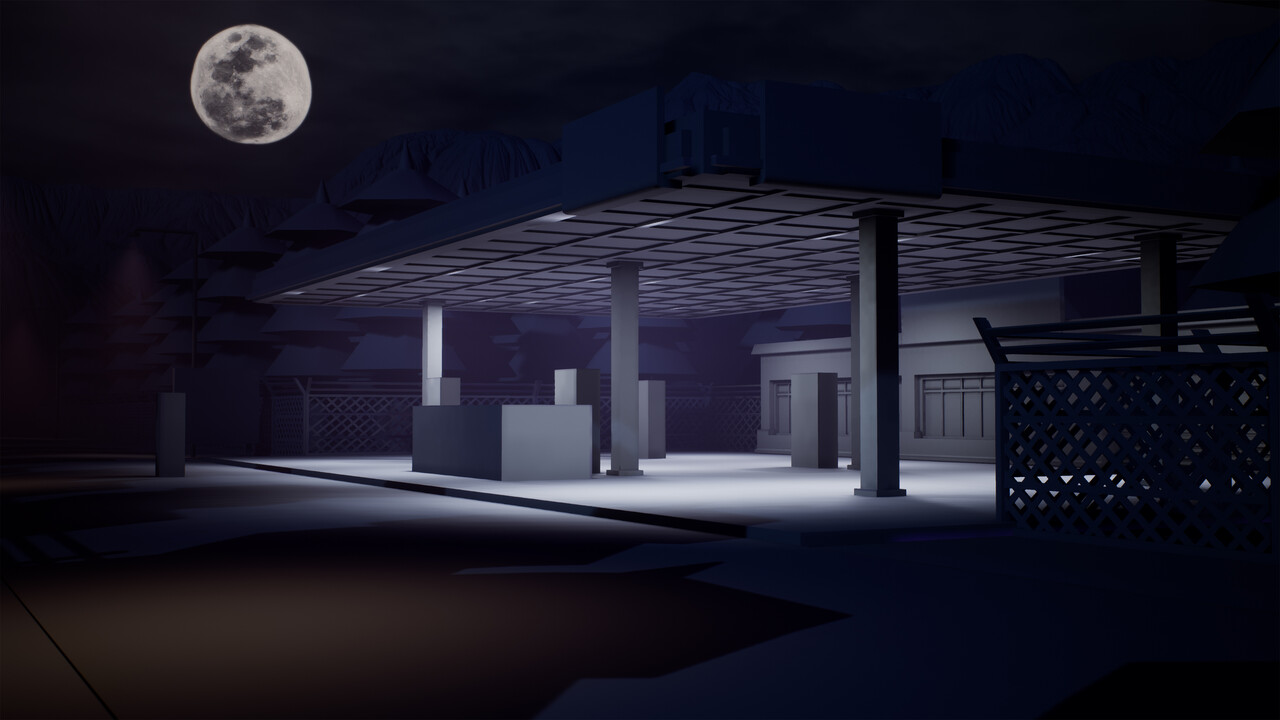 That's it for this week, let me know what you think and I will see you all next week!